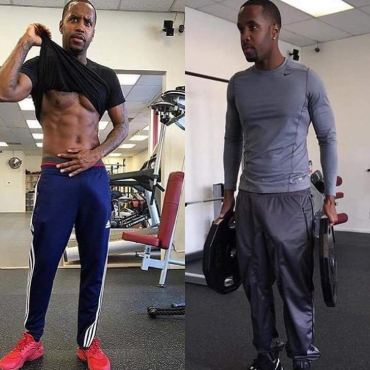 Earlier this year, in February precisely, Safaree’s nude photo leaked and got him the attention of a lot of adoring females. At the time, his timeline and posts were filled with women trying to shoot their shot. The attention has died down now and it seems Safaree is trying to remind the world of what he’s packing.

The 37-year-old rapper took to Twitter to complain that his huge “bulge” is making life uncomfortable for him.

I’m not gonna lie… sometimes my bulge be really annoying and getting in the way of things…. smh.. and I’m dead ass. I’m not cursing it but sometimes when I’m sitting it’s annoying when it’s up…. ??? 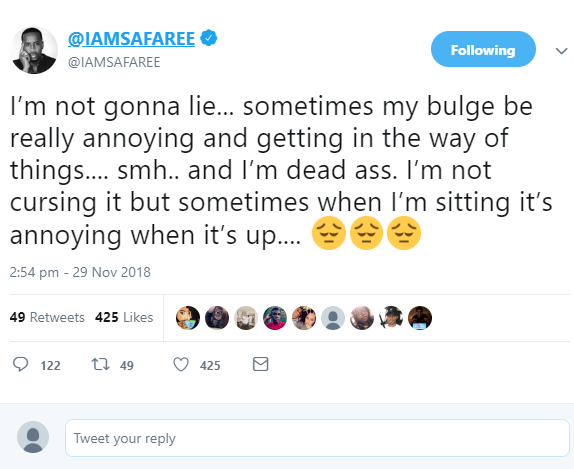 what’s up with Chris Brown And Rihanna?
Kylie Jenner ties with Jay-Z to become Forbes’ fifth wealthiest American celebrity with $900 million net worth