Amanda Nunes can’t understand why so many people LOST to Ronda Rousey — telling TMZ Sports the UFC star is incredibly overrated and the fight was WAY EASIER than she thought it was gonna be. 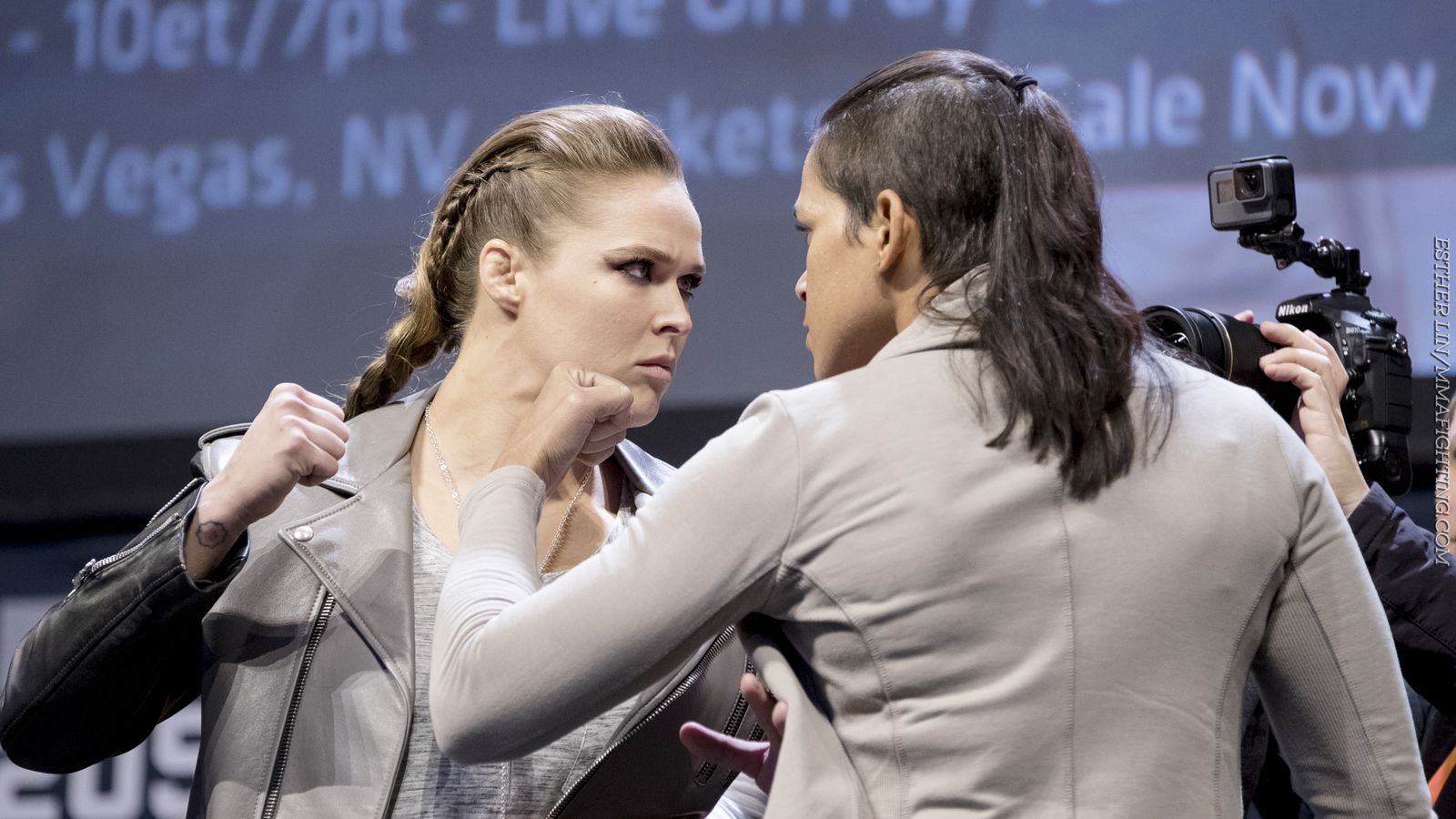 Nunes joined the guys on the “TMZ Sports” TV show (airs tonight on FS1) — and said she’s always thought Ronda was overhyped — “I knew I could beat Ronda Rousey since I saw her first fight.”
In fact, Nunes says she trained way harder to fight Miesha Tate … who she also demolished.
There’s A LOT more in the full interview which airs Wednesday on FS1.

Share on FacebookShare on TwitterShare on Google+
Continue Reading
You may also like...
Related Topics:Amanda Nunes, Ronda Rousey, TMZ

Whose hands are those on KYLIE JENNER’s ass??? TMZ
Runtown’s Record ‘Mad Over You’ hits number 38 on Billboard chart